2.2 Directories and other works

The Eyre Brothers tried to take every advantage of the booming tourist market and a volume The Wales Register and Guide[i] appeared in 1878. It covered the whole of Wales beginning in the north with Anglesey. This work included maps of North Wales and South Wales, again by Philips but this time without any extra heading. In the Introduction, dated April 1878, they announce that the next issue will be ready early in 1880 but no 2nd edition is recorded. This First Issue of The Wales Register (and probably the only issue) has no date on the title page but has Eyre Bros at their No. 10 address and the cover is clearly dated. The guide began with North Wales (pp. 5-178) and South Wales had its own pagination (pp. 5-238b), the whole liberally interspersed with advertisements and finishing with lists of Baronettage and Peerage, then the Bishops and an Appendix and over 118 pages of adverts.

The adverts in this guide do give us an idea of the Eyre Brothers´ intended publishing output. One advertisement is for a guide to Paris and we are informed that: Eyre´s Popular Guide to Paris for 1878 is now ready. It could be had for just one shilling. Unfortunately no copy has been located (Fig.6.). 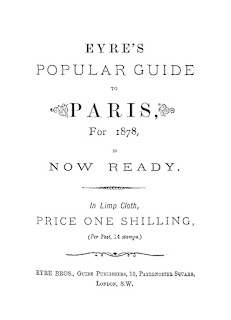 Fig.6. Advert for a guide to Paris from the Wales Register

The Eyre Brothers´ second recorded work, published in 1877, is a Coal Trades´ Directory. According to an advert in the Devon & Cornwall volume mentioned above this directory was available in two formats: Royal 8vo price 25/-; and in an Abridged Edition price 6/6. One full page advertisement and another half-page in The Wales Register announce that a series of trade directories will be ready for 1879. These are presented as Eyre´s London Directory-Diaries and were to cost 3/6 if ordered early and 4/6 after publication. The plan was to issue a series of Diaries (two days to a page) specifically for certain trades and each would contain a directory of that particular industry. Although the Coal Trades is not actually listed the ad finishes with the Eyre Bros.´ imprint as Publishers of the “Coal Trades´ Directory”. [ii] Presumably they had issued this the previous year and believed there was a market for similar directory-diaries in the Engineering and Metal Trades, the Building Trades, the Leather Trades etc. The advert lists nine trades in all (Fig.7.). Whatever the plan, only one copy of the Coal Trades´ Directory is extant. 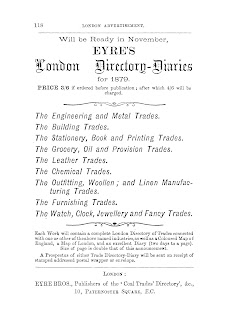 Fig.7. Advert for Eyre´s London Directory-Diaries from the Wales Register

The Eyre Brothers advertised often in their own works. Apart from the volumes already listed there is an intriguing advert placed in the Watering Places for other directories, both for Eyre´s own Plymouth District Directory (see 1.3) but also Butcher´s Cardiff and District and Butcher´s Swansea and District (Fig.8.). The 2nd Edition of the Plymouth directory also included mention of these; on page 716 is an advert only for Butcher´s Post Office Cardiff District Directory 1882-83 (4th issue) is now ready.  On pages 663 and 729 both of these directories are clearly listed as Eyre Bros.´ Publications.

Percy, Butcher & Co. had already published at least one directory, i.e. the Cardiff & Newport [including Penarth and Llandaff] Directory for 1873-4 was published in London by Percy & Co c.1872[iii]. Two years later Butcher & Co.'s directory of Cardiff, Newport, Pontypool, Pontypridd, Llandaff, etc. for 1875-76 was published in London by Butcher & Co. Given an average two-year gap between publication of directories the 1875 edition could have been counted as the first (unless one edition was severely delayed). 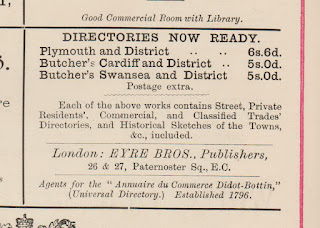 Fig.8. Advert for directories in Cardiff and Swansea

Another directory was recorded by David Kingsley as Butcher & Co´s Borough of Portsmouth Directory for 1874-5 with a map of Sussex with a Philips map which had the heading “BUTCHER & CO´S SERIES OF DIRECTORY MAPS”.[iv] As the two Welsh directories are grouped together in an advert with the Plymouth directory it would seem as though there was some cooperation between Eyre and Butcher.

Kingsley also recorded an example of Eyre´s Shilling County Guide, that of Sussex. This was a substantial guide to the county running to 138 pages with six steel views and a county map. This guide “to the Seaside and Visiting resorts of Sussex” included historical descriptions of the most prestigious 12 towns including Brighton, Hastings and Lewes. The Philips map included had the Eyre imprint at top and was published in London by the Eyre Brothers from number 10 Paternoster Row in 1878. No other counties have been recorded.[v] However, the Watering Places of Devon & Cornwall does have an advert for this mini-series.  The New Shilling Guide Books to Seaside and Visiting Resorts were to each contain a coloured map and four steel plates. Seven counties are listed with the other six being Kent, Hampshire, Devonshire, Somersetshire, Cornwall and Dorsetshire.

Another publication that might have been planned but never published is The Stranger´s Guide to London. Advertised in the list mentioned above, it would include a map and be printed at crown 8vo format and cost just two pence.

[ii] Of all the directory-diaries listed only one copy of the Coal Trades Directory is known in a UK library.

[iv] Copy at the BL (General Reference Collection P.P.2509.kcd.) who also have two loose maps with the same imprint (Sussex and Hampshire). 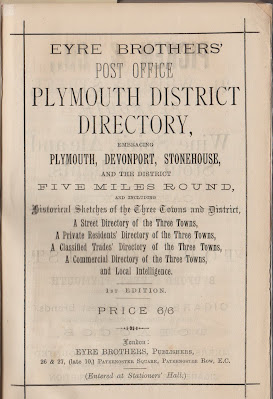 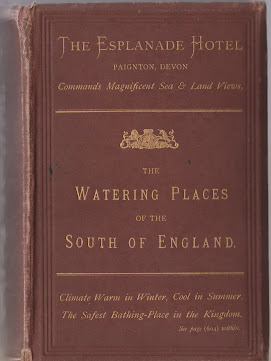